The historic Capitol Theatre offers shows, music, and entertainment of all kinds so Yakima residents can enjoy a night on the town.

Due to restrictions around COVID-19, the shows were not able to go on – leading to a major loss of revenue needed for building maintenance. The Capitol needed help raising funds so they could keep the lights on until restrictions are lifted.

The team at the Capitol wanted to create a way to engage with donors and season ticket holders, asking them to donate the cost of their season tickets even though there would be no shows in the 2020 season. They needed to raise $15,000 in order to keep the lights on and pay for essential upkeep.

The theater is believed to have been haunted for years by the ghost of a stagehand named Shorty McCall. The team at the Capitol worked with Field Group to develop the Spirit Series – a series of short videos featuring Shorty as a ghost reenacting famous musicals, ballets, and even doing some standup comedy.

The campaign launched on Facebook with several fun posts showing posters of Shorty’s reenactments. Within just two weeks, the Capitol had already exceeded its goal of $15,000!

They met their goal in the first week and doubled it in less than a month. Acquired new first-time donors from the social media post. Received higher donations than usual from existing patrons. High engagement rates on social media and positive feedback from patrons. 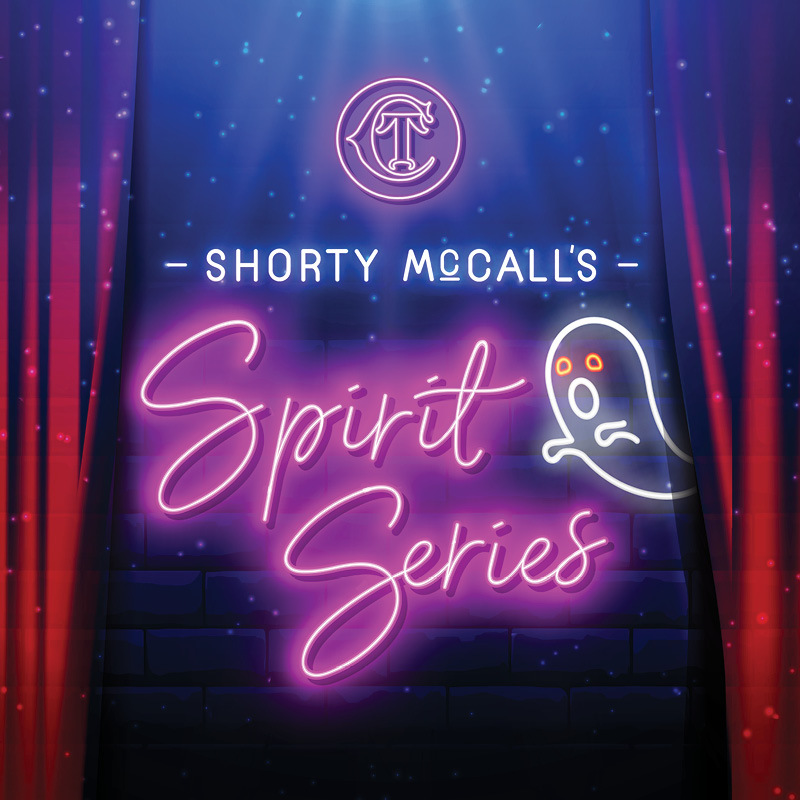 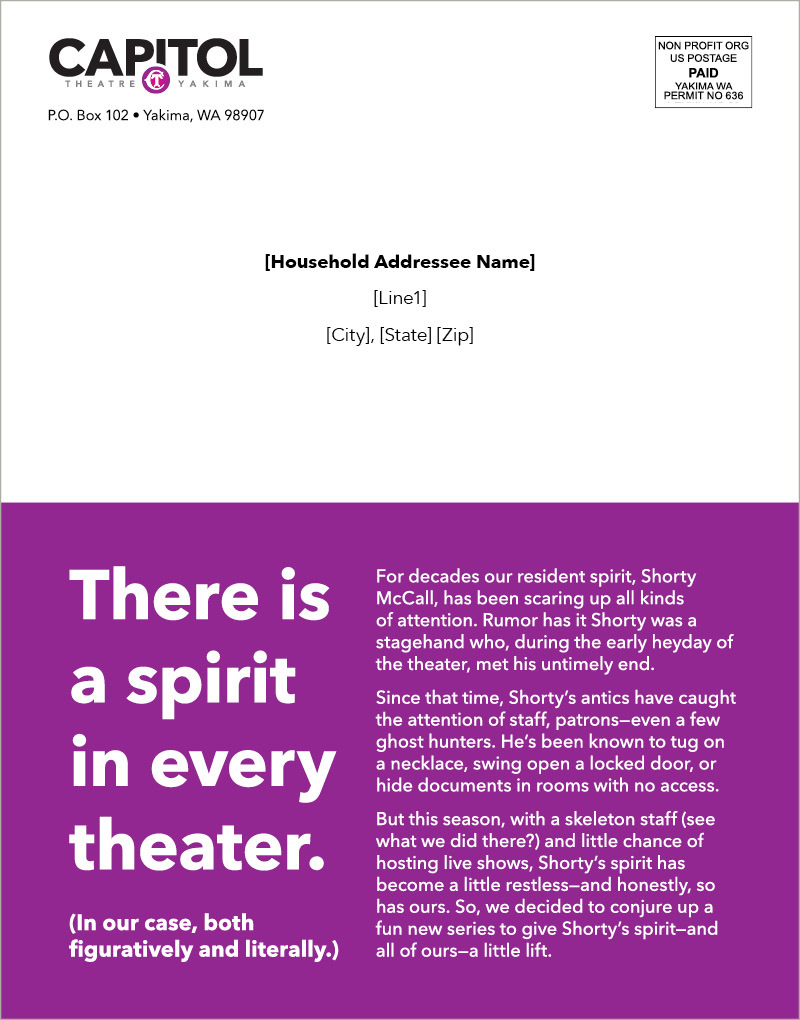 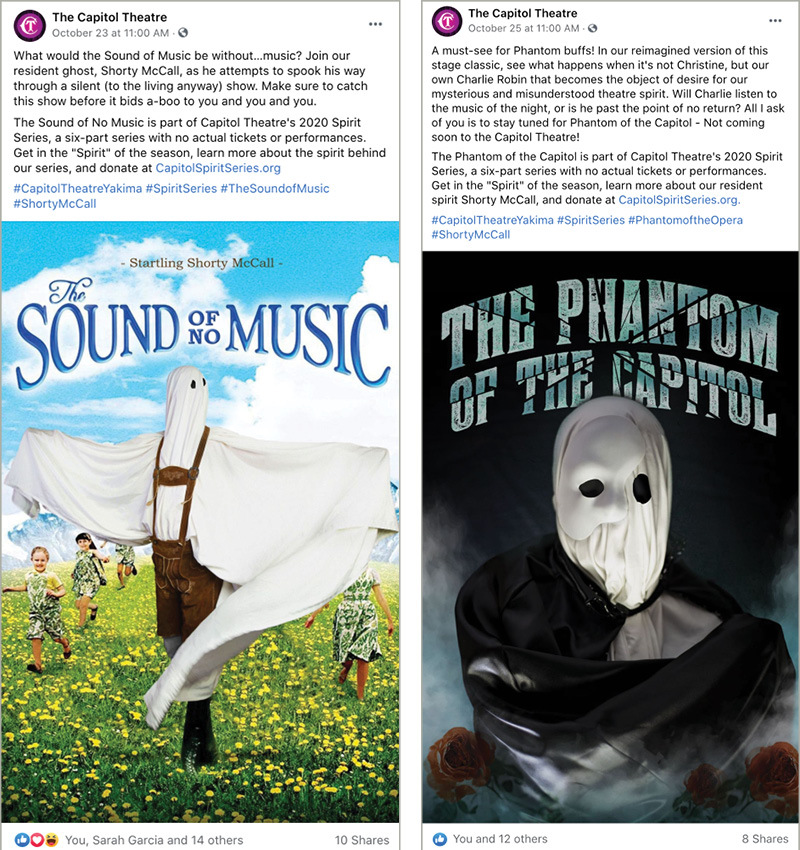